One day in Paris was never going to be enough, but unlike my day in Lisbon or my day in Milan it left me both satisfied and yearning to return. Save for a weekend back in April 2006, I had never explored France’s capital and was keen to see as much as possible in a day trip.

After accidentally ordering too many coffees with my mediocre Franglais at Reims train station, we hopped onto a TGV train in first class (when we booked first class was cheaper, although the only added benefit was that the seats leaned back a little).

Exploring Paris in a day

On arrival in Paris we spent a while chasing buses in the region between Gare de L’Est and Gare du Nord, trying to find where the Big Bus departed from. We hopped aboard and the commentary was just as good as it had been in New York – I even listened to it in French for a bit to test my listening skills.

The bus took us down 10th arr. through St-Martin Gate and down Les Grands Boulevards past Le Grand Hotel. We swapped buses onto the other route and drove past the Jardin des Tuileries, under the archways to the iconic Louvre and its striking glass pyramid.

We crossed towards the South Bank and toured alongside the River Seine. I always learn loads on Big Bus Tours and here learned that the South Bank of the river is historically more liberal and revolutionary. We crossed Pont Neuf to the Île de la Cité and Notre Dame and along the South Bank before heading back over the Seine to the Place de la Concorde which marks the start of the Champs-Elysées and is where the FIA are based.

As the bus drove Champs-Elysées song played on our headphones, punctuated with factoids about French presidents and their mistresses. Past the most expensive real estate in the world we came to the magnificent Arc de Triomphe which symbolises Napoleon’s victories, unlike its counterpart in Milan…

We made our way round to Trocadéro Gardens and back over the river to that grandest of all Parisian sights, Le Tour Eiffel. No matter how many times you have seen it in pictures, it still blows you away in the flesh. I ascended it on my previous trip to Paris and this time chose just to walk beneath its colossal base gazing upwards at its innards awestruck. It was a scorching day and the iron beams converging against a pale blue sky were sublime. 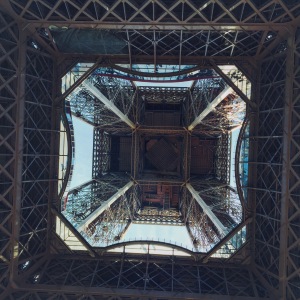 We boarded a boat which we bought with our Big Bus package and cruised for a delightful hour up and down the Seine and around the Île de Notre Dame. 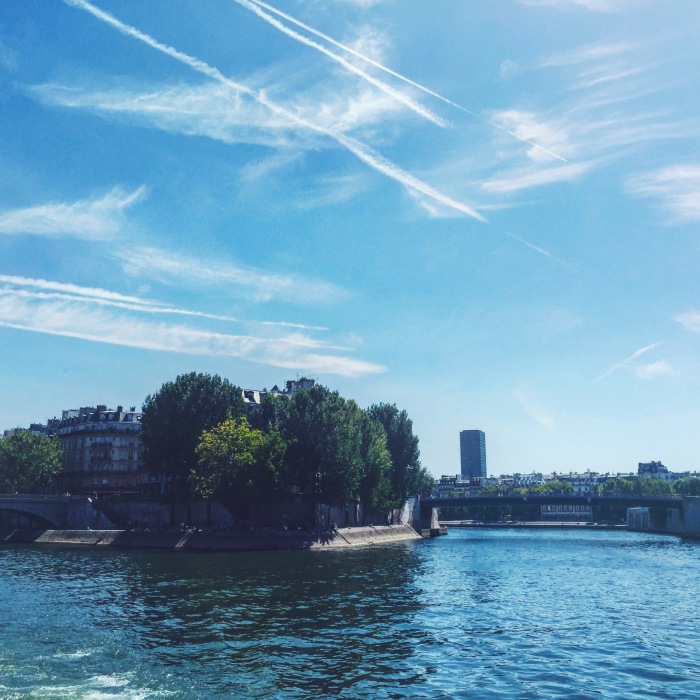 View from the boat on the Seine

By the time we got off we were super hot and grabbed a drink and a crêpe on the South Bank. We climbed over one of the 22 bridges we had sailed under and locked padlocks to the bridge with our initials on before chucking the key in the river. We had forgotten a sharpie but I managed to borrow one from the man selling padlocks and used the padlocks from my Logistics compound at Glasgow 2014!

North of the Seine we strolled through the gorgeous Jardin des Tuileries to Le Louvre and took photos of where it looked like we were touching the tip of the pyramid – they even have steps to climb on to aid tourists with this famous photo op!

From Le Louvre we made our way back to Gare du Nord and caught the train back to Reims. One day in Paris was never going to be enough but it sure whet the appetite and I’d love to go back for longer.

Train from Reims to Paris = £25 each return

One thought on “Paris in a day”