This year for the first time ever I attended The Championships at Wimbledon. There are ballots and online ticket sales but these are hard to get so I opted to get up obscenely early and join the infamous Queue (yes, it is capitalised – this is Wimbledon).

It felt like getting up to go to Silverstone for the British Grand Prix as I always used to at this time of year as a kid. I awoke at 3:15 and left my flat by Richmond Park at 3:30, by which time there was already a faint bit of light in the sky what with this being a mere week after the summer solstice. I had investigated public transport options but at that time walking was just as quick so I got my march on and headed for SW19.

I didn’t bring a jumper as it was forecast to be a scorcher but at half three it was chilly so while I warmed up from briskly walking I wore the blanket I’d been advised to bring for the queue on wet grass. Inevitably a policeman driving past stopped me and said verbatim: ‘bit odd isn’t it a man walking down the street at half three in the morning wrapped in a blanket?’ Fortunately when I said the words ‘Wimbledon Queue’ he gave me a knowing nod and drove off – clearly the Queue has a reputation of attracting nutters. 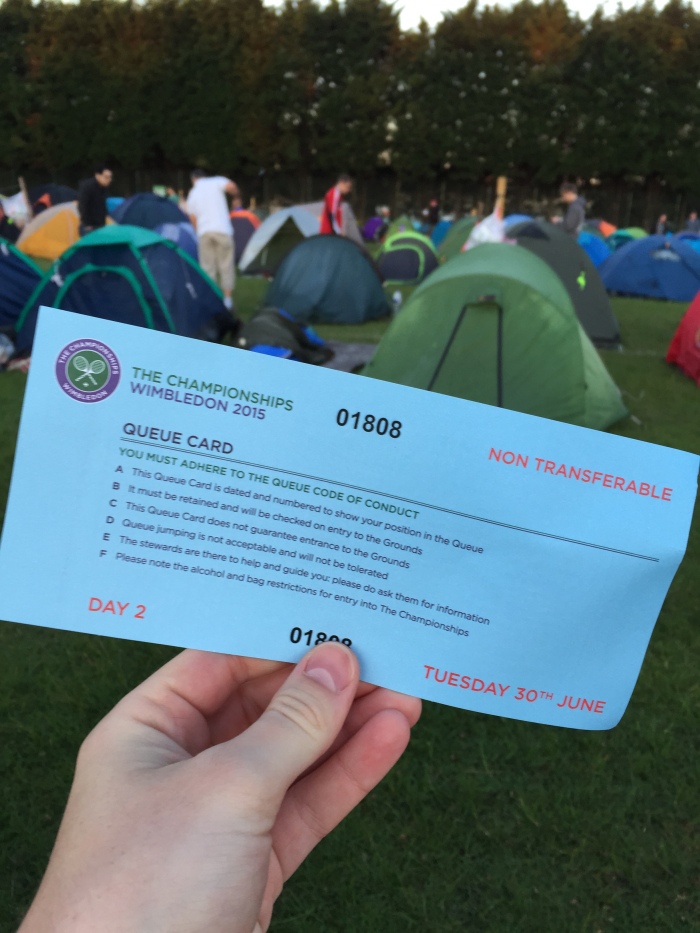 Only in England would they print a leaflet entitled ‘Guide to Queueing’. I arrived at 4:30, was handed ticket number 01808 and told to be back in my spot at 6:30. I returned to my spot every half hour anyway as I heard this was the etiquette to prove one is not a queue jumper, heaven forbid.  In between I hung out with my friends a short distance further up the queue and enjoyed the bizarre sense of camaraderie and achievement shared by those who had made it there so early.

More queue lines emerged as more and more folk arrived and to confuse matters the queue for the coffee was a separate queue, but it was a brilliantly run operation. The stewards were super friendly and helpful even during the unsociable hours.

Sunrise was a great moment and it was warm by half six. People from all over the world had gathered and far from being the nightmare experience I had feared, it felt like an insanely polite international festival of queuing. There were toilets and burger vans on site and those camping  could even order takeaway pizza in the evenings apparently.

How early to queue

By 7:15 I was seeing people with ticket numbers in the 7000s – over 5000 people had turned up in less than three hours since I had arrived. At 7:20 we packed up our blankets and walked round to a new queue. It was all jolly exciting. We were told we would be in our new spot for a while but we actually creeped forward quite quickly. By 07:30 people were starting a new queue for centre court THE NEXT DAY. Mental. A steward informed me that all 500 who were at Centre Court the day I went were camping by 10am the day before. Indeed many were ‘pre-camping’ on the pavement the weekend before the championship even began. The delineation between being committed and crazy is a fine line indeed…

After a couple of hours of inching forwards along the golf course, through airport security and over the bridge crossing the road, I finally made it into Gate 3 and bought my £25 Ground Pass at 10am on the dot!

Total queuing time: five and a half hours.

The day itself was magnificent – blazing hot sunshine, several Brits in action, champagne on Henman Hill, great matches on Court 3 and all rounded off by being in the audience for Claire Balding’s show!

Tips for How to Queue for Wimbledon 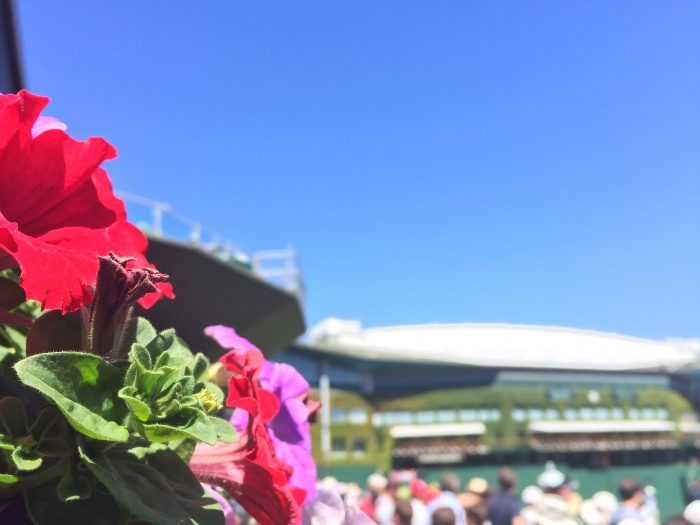 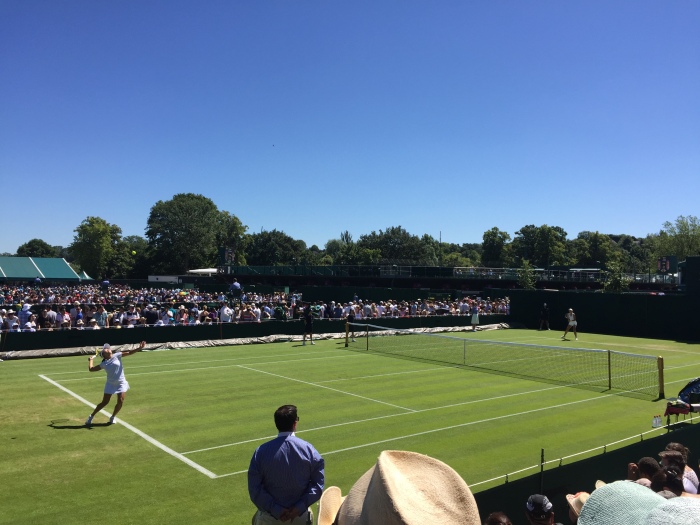 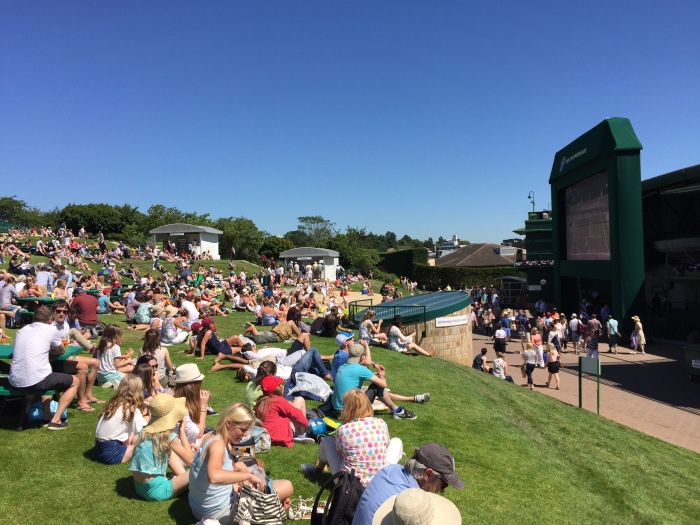 One thought on “How to Queue for Wimbledon”