It’s been a hell of a year down under, and there’s more to come when we head back to Sydney to see the Blue Mountains, Bathurst, revisit Manly, Bondi and old favourites before heading on to New Zealand and Asia. But looking back at our time in Australia from October 2012 to July 2013, there are some quite outstanding memories. Here are just a few…

I didn’t actually get tickets for the British and Irish Lions vs Wallabies game and had to turn down a job in Etihad Stadium during the game, but this tour will stay in my memory forever. You see, I’ve been working at Melbourne’s busiest and most famous pub ‘Young and Jackson’s’ for the last two and a bit months and how busy we are directly correlates to what events are currently on in the city. Melbourne is perhaps the sports and events capital of the world and so something is always on but this was on another level. All week we were packed with British and Irish Lions supporters and Tuesday afternoon felt like Saturday night. By Saturday every bar along the Southbank had a huge mob of red shirts spilling out of it – the town was literally painted red. The atmosphere was phenomenal and after working stupidly long hours all week, all I could hear in my head was ‘LIIIIII-ONSSS’ chanting over and over. All four nations had sung their own songs all week but it is that chant that stuck. There was not an Aussie in sight – all the local regulars had gone into hiding for the week. A tough week to work but a memorable one nonetheless. At the end of it at 5am I met my girlfriend on south bank, she having worked at another bar and we deliriously went to McDonald’s chanting ‘LIIIII-ONSSS…’ 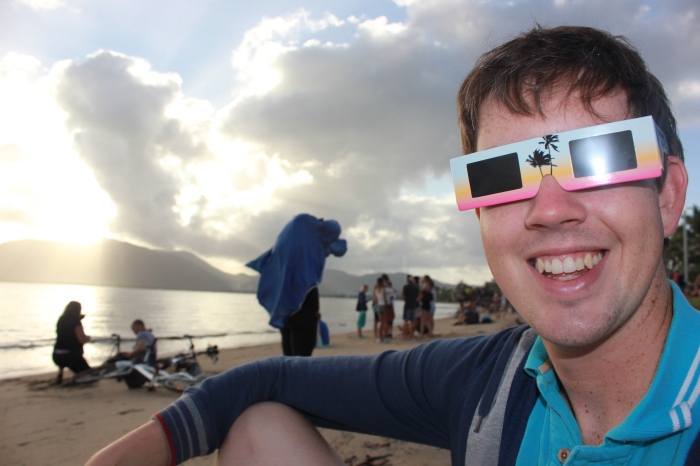 Would have been higher in the list had it actually been clear for totality. The diamond ring made it worth it though.

Such a unique experience – marooned on an island with only eight strangers (one of whom was an old friend of mine from Summer Camp 2010 in America – small world). The location was stunning, too.

There’s literally nowhere quite like Fraser, and driving across the largest sand island in the world was a fantastic experience. 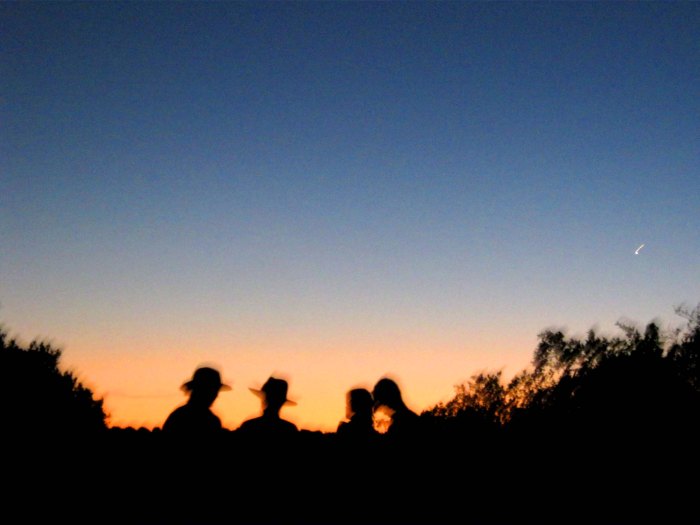 There was a lot that frustrated me about spending 89 days orange picking in South Australia but the 4am starts were made totally worth it by watching the Southern Cross fade into a gorgeous sunrise sky. The Southern Cross, directly opposite the ‘W’ of the northern hemisphere’s Cassiopeia in the night sky, is one of the things I’ll really miss from my year in the southern hemisphere. Another thing I won’t experience back home is seeing a huge six foot kangaroo staring at me when I got to work one morning. Sensational.

A stunning drive, right up there with the Pacific Coast Highway in California. The 12 Apostles remain one of the most spectacular things I have ever seen.

We went to Adelaide on a high from finishing our 89 days of ‘time’ orange picking and fell in love with the city in just a week. I volunteered as Stage Manager and Conference Assistant at DocWeek, part of the Australian International Documentary Conference and got us into screenings of amazing documentaries. Meanwhile Adelaide was buzzing at the height of its Fringe festival, the V8 Supercar engines were reverberating across the CBD and the gorgeous Garden of Unearthly Delights made this one of my favourite city visits ever.

Something I’d always wanted to do and it lived up to every expectation. Albert Park is also stunning the rest of the year.

Falling 14000 feet from the heavens in Cairns was fantastic – and parachuting after the freefall was serene.

Quite simply one of the best experiences of my life. I’d do it again in a heartbeat – diving, the Whitsundays, the boat trip, all of it.