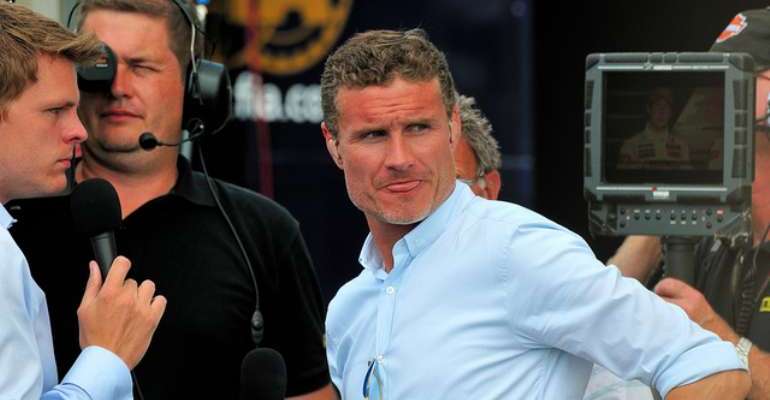 In 2009 in Singapore, it came out that Renault had fixed the previous year’s race by making Nelson Piquet Jr crash on purpose. The BBC had the tough job of reporting Formula One’s largest scandal but hit the nail on the head. As Ted Kravitz explains, this was a bigger deal than spying on other teams like McLaren’s Mike Coughlin and Ferrari’s Nigel Stepney in 2007, or lying to the stewards like Lewis Hamilton in Australia 2009.

A perfect use of sinister music and Hollywood-style effects creates a sinister undertone that matches the story of Kravitz’s report perfectly. The typewriter and video through text, as well as the ghostly images, make the visually boring subject matter of a legal document seem jaw-droppingly exciting and the video features perfect timing at the start when Piquet hits the wall as the music drops. Max Mosley’s finiteness is emphasised by the abruptness of his vox-pop; the entire video is edited to perfection and delivers the tone of the very serious subject matter with appropriate sincerity and drama. The second half of the video includes interviews with several of the top drivers of the time and some nice archive footage from the early nineties of the “wheel to wheel action” that Hamilton describes, as well as a bizarre shot of the famous in crowd camera in Melbourne at the Australian Grand Prix. Ultimately, though, Kravitz holds the artefact together very well, putting t6he severity of Renault’s crime into context with the history of all sport above and beyond just motorsport and poses questions about the future of the sport which leave the viewer able to make informed opinions and with a higher interest in the future of the story. Excellent journalism combined with sublime production makes this a very different video to others on this list but show the BBC is capable of making more than just flashy montages.

Back in 2008, it was announced at Silverstone that from 2010 Donington would take over the hosting of the British Grand Prix. This was a shock decision that would eventually come to nothing after poor management at Donington and an eventual upgrade at Silverstone which continues to host the race to this day. But in 2009, the story was very different and it seemed that that year’s British Grand Prix would be the last for the “half in Northamptonshire, half in Buckinghamshire” circuit.

Like most of the videos in this list, it is the superb choice of classical or soundtrack music which makes this an incredible piece. But in this case the narrator’s dulcet tones add a gravitas like no other video before or since. It is evocative in every sense, from the wonderfully sepia desaturation to the choice of syntax and rhythm of the delicately planned commentary which resonates with anyone who has ever appreciates Silverstone. From the beginning, the viewer feels patriotic, “totally in the heart of England”, later described as “middle England”. The footage from the fifties juxtaposed with the bombers that “once laboured over tarmac” at the former wartime airfield. It feels like a school history project but one with which we are all connected. The comparison before and after “the engine beat changed” is beautifully described as a time when “flying machines gave way to flying machines”. The chronology is accurate yet does not seem relevant – the message here is that as “drivers came and drivers went, round and round they would, and then they were no more, overtaken by the next generation, gone in a blur into history”, Silverstone stayed more or less the same. The narrator then lists the corners as the camera whizzes past all of them from an aerial view and you realise how much you know and love every aspect of this circuit and genuinely feel nostalgic for all the years you have done. The theme of this video is a book from the beginning and when the narrator adds “turn the corners of Silverstone like the pages of its story” you know exactly what he means: this is a place with true heritage and so much history and tradition. The different sized box frames then appear and fade rapidly, eloquently flicking through memories from every generation and you recognise the highlights instantly. I saw Herbert winning in ’95 and Schumacher breaking his leg in ’99 as a small boy and Lewis Hamilton’s stunning ’08 win as a teenager and somehow this video captured the excitement I felt then and still do now and how important that is for me. The beauty of this piece is that it feels personal to anyone watching it. The final words “…where once the British Grand Prix had its home” genuinely feel haunting as we return to black and white footage from the fifties and the book theme reappears.

The feel of this video is very different to others on this list. The idea was to sum up the complexity of the new rules and capture the feeling of excited confusion that befell many fans at the start of the overtaking-ridden 2011 season after years of precessions. Like Abu Dhabi the year before, when the championship was a “riddle of permutations”, fleeting shots of equation-filled blackboards are included to demonstrate the sheer number of variables in a modern Formula One race. DRS, pit stops, KERS and above all Pirelli tyres played their part in making last year a very exciting yet often confusing season. The white noise and static spikes over a drone make this a very messed up sounding video and that is, of course, what the Beeb intended. It feels like Eddie Jordan’s voice is inside your head (god forbid!) and the sentiment of losing control is amusingly demonstrated when David Coulthard appears to punch himself in the face. This moment, like every part of this video, is blink and you miss it. The strobing between dramatic track action and the pundits in dark rooms is very effective and their arguments are emphasised by a strong soundboard of whooshes and beeps. The vox-pops grow closer together as the excitement rises, shaking heads are sped up and the DC and EJ arguments and counter-arguments sound like the proverbial angel and devil on your shoulders. In essence, watching this video makes you feel like you are going mad, which is quite an achievement for a short introduction to a sports programme. Simple effects like warping the eyeballs of Vettel over a bleep before cutting back to a shot from track level of the cars thundering overhead with a booming sound make the production quality incredibly high and show the versatility of the team that make these videos.