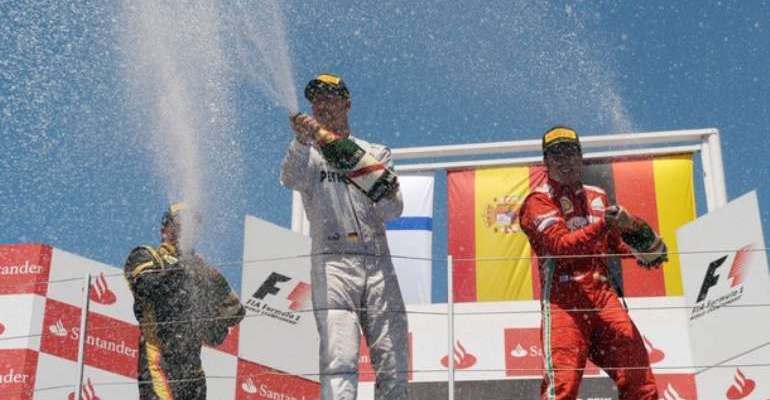 Complexity has always had a place in Formula One – it is technologically the most advanced sport in the world and success in the sport has historically relied on the less than simple world of aerodynamics. Except this year is different – this year it is very much all about tyres and how to get the best out of them. Every time it seems like someone has figured out how to optimise their rubber, the formbook is completely thrown out of the window at the very next grand Prix.

So let’s recap. We had seven winners in the first seven races – Jenson Button, Fernando Alonso, Nico Rosberg, Sebastian Vettel, Pastor Maldonado, Mark Webber and Lewis Hamilton. Then Fernando Alonso brilliantly won in Valencia last weekend, thanks partly to some decent luck, which could have gone the way of one of the Lotuses fairly easily providing yet another winner this year. It has been fascinating and unpredictable to say the least and the championship status is something nobody would have predicted at the start of the year. It also has to be said that the current standings do not really accurately reflect the story of the season – yet Alonso has taken his chances and deserves to be at the top of the table. As with any complex system in nature, it could easily have been a just as complex but oh-so-different an outcome, too. So let’s have a look at how the season would have played out had the teams all had the benefit of hindsight they now have at the time they were racing. Ignoring the operational mistakes in the pits and bad strategy calls, the story suddenly has a less complex plot.

The first race in Melbourne would have been a Jenson Button win whatever happened, but McLaren could have made it a one-two finish for the team with better judgement. Lewis Hamilton pitted two laps later than he should have done; had he pitted for fresh rubber before his tyres were gone, he could have not got stuck behind Sergio Perez’s Sauber, been in a better position in traffic for the safety car deployment and leapfrogged Sebastian Vettel for second.

Who Should Have Won: Jenson Button

The Malaysian Grand Prix should probably have been a McLaren one-two also, but the Sepang weather gods had other ideas. Taking the rain into account, Perez could have taken his maiden victory if Sauber had undercut Alonso at the stops. The car had a better ability to preserve its tyres and would have outperformed the Ferrari on the day.

Who Should Have Won: Sergio Perez

Hamilton’s gearbox penalty at the Chinese Grand Prix in Shanghai dropped him from second to seventh on the grid. Had he started where he qualified, this was his race to lose, whilst without his wheelnut issues in the pits, Button could have jumped Rosberg and made it another McLaren one-two.

Arguably, the Bahrain GP should not have gone ahead at all for political reasons (or to put it another way, it arguably only did go ahead for political reasons), but it did. Had Lotus undercut with Kimi Raikkonen, or not let team mate Romain Grosjean hold him up, Raikkonen could have beaten Vettel to the victory.

Who Should Have Won: Kimi Raikkonen

Like many of this year’s winners, Maldonado deserved his 2012 victory at the Spanish GP, but would not have won had other teams known what the optimum strategy was on the day given the tyre wear, weather etc. Again, Lewis Hamilton lost a win because of a grid penalty – this time he was demoted from pole position to the back of the grid. He would surely have had this race in the bag, whilst Maldonado may not have even made the podium had Red Bull and Mercedes not been too scared of the double step between the two tyre compounds made available by Pirelli in Barcelona. Alonso’s Ferrari could also have undercut the Williams for victory.

For the second time in two races, the fastest man in qualifying was not allowed to start from pole due to a penalty. This, combined with his fuel pressure problem, denied Michael Schumacher his first victory since his return to the sport. Ferrari focussed too much on leapfrogging Hamilton for third place and should have aimed at passing Rosberg and Webber further up the road. Has Schumacher been in the lead, Alonso could have used the Ferrari’s late-stint advantage to win but we will never really know, so let’s assume Schumacher would have held on to a famous comeback win on the most famous of all F1 circuits – Monaco.

Who Should Have Won: Michael Schumacher

Hamilton sort of proved he would have won this race regardless by dropping behind Vettel and Alonso yet re-passing them with ease late in the race. Sebastian and Fernando tried to get away with one less stop and gained track position over Lewis initially but it hurt them badly come the final few laps when they lost track position. Had they not taken the risk, Alonso would probably have beaten Grosjean whilst Vettel would probably have finished behind the Frenchman.

Last weekend’s Grand Prix in Valencia could and should have been won by Vettel for the third year running, had he not retired with an alternator failure. Both of the Lotuses had a chance and Grosjean was unlucky like Vettel in his retirement. The high attrition rate propelled a few drivers further up the order in the dying stages of the race and now means Mark Webber is second in the championship to Alonso.

Who Should Have Won: Sebastien Vettel

So had bad decisions, bad luck and penalties not existed in 2012, we would currently have Lewis Hamilton leading the championship having won three races, with Button, Perez, Raikkonen, Vettel and Schumacher having had one win apiece. McLaren clearly should be leading both championships yet are not – this year is all about taking the opportunities when you are presented with them and remaining consistent. The reason why Fernando Alonso leads the standings is far from complex – he has grabbed every opportunity and produced results his car should not really have been capable of, making him this year’s only double winner. Check the list above again; if every team knew everything in advance at race weekends, Alonso wouldn’t even be a winner yet.

One thought on “Who Should Be Leading The 2012 F1 Championship?”