This weekend’s Japanese Grand Prix brings back so many fond memories of waking up in the wee hours for another dramatic Suzuka encounter. I’ll never forget being seven and cheering my hero Damon Hill to championship victory in 1996, or watching Mika Hakkinen take the title two years running on Hallowe’en weekend in 1998-99.

Like the Australian Grand Prix, this race always has an extra layer of excitement by virtue of us Europeans having to get up early for it while it’s still dark outside (apart from that year I was lucky enough to go to Melbourne of course).

It got me thinking that this really is a special time of year for us motorsport fans. Whilst F1 titles are now no longer decided before the last dregs of November (remember the halcyon days of 17 round championships in the early 2000s and 2009?), the BTCC title still is.

Like F1, when the BTCC has a final day showdown, it tends to be a cracker. So here’s my top 5 October throwbacks from the last decade for those twos series… 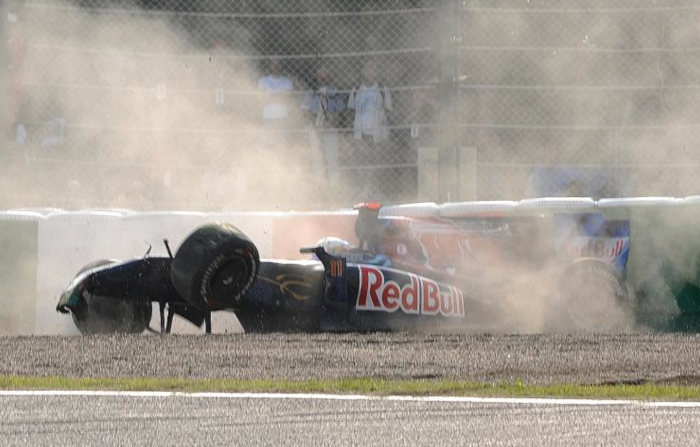 Picture the scene. It’s been a tumultuous year off the track, perhaps the most politically dramatic ever with threats of a breakaway series coming oh-so-close to fruition, the reigning world champion found guilty of lying to the stewards and a team found guilty of deliberately crashing to fix a race. After the spy-gate, mass damper-gate and Mosley-gate scandals of the past few seasons, it’s hard to believe things got even crazier in ’09 but get crazier they did.

Meanwhile the on track action turned the form book on its head like never before with Brawn GP not only rising from the ashes of Honda against the odds but stealing a march on their rivals and winning six of the first seven races with Jenson Button. Then it started to crumble a little and the Englishman struggled for pace in the latter half of the season. Come the Japanese Grand Prix, Rubens Barrichello and Sebastien Vettel were both very much in the title hunt and other teams such as McLaren and Ferrari had caught up and were winning again, with Mark Webber having finally found winning ways also. Such a dramatic season deserved a chaotic finish and it began at Suzuka with one of the craziest qualifying sessions ever. (How many red flags?! How many crashes at the Degners?!) It was a great return to the calendar for fan and driver favourite Suzuka, after two years of the Japanese Grand Prix being held at Fuji. 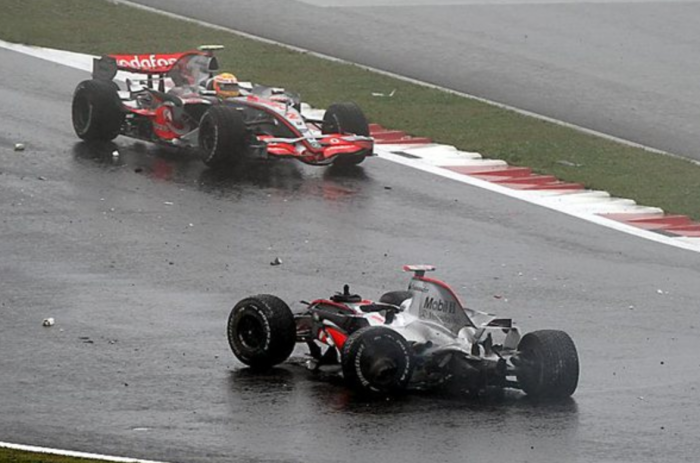 Sticking with the Japan theme, I’ll always remember staying up for this one after a night clubbing as an Edinburgh fresher. It was worth it, despite initial fears that the entire race would be run behind the safety car. It was the first race to start under the safety car since Brazil 2003, but since then it seems we’ve had plenty such artificial starts. It was also the first race at Fuji since 1977.

Ferrari pitted their cars early after breaking the rules by starting the cars on the intermediates, but it seemed that might work out as they refuelled them to the end and if the safety car never pitted then they would end up at the front of the field after the others’ stops! Fortunately that never came to pass and after 19 tedious laps (try staying awake for that after a night out!) we had a thriller of a race.

Almost the entire field ended up facing the wrong way at one point or another but unlike that Nurburgring classic from the same year (remember Marcus Winkelhock starting from the pits then leading a lap later?) the madness never really relented. The two McLaren drivers Lewis Hamilton and Fernando Alonso were the two title protagonists (although Kimi Raikkonen of course came from nowhere to steal the championship in the end – mental). Alonso binned it dramatically halfway through the race but Lewis held on for a sensational victory. Behind, Vitantonio Liuzzi started at the back but was running fifth before long, and Sebastien Vettel showed great promise before clumsily taking out himself and future team-mate Mark Webber. This one had it all. 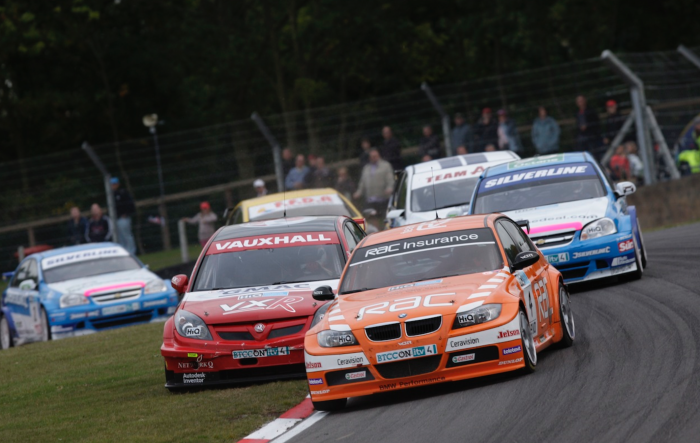 Jason remarkably won three races from three, only the second time this had ever been done after Dan Eaves at Thruxton in 2005. In one of these races he won by 0.015 seconds, overtaking Tom Chilton after the final corner in the closest BTCC finish of all time. It looked like it was all over for Turkington on more than one occasion but he nursed his car home in the final race to claim his first title, a popular win for the Northern Irishman. 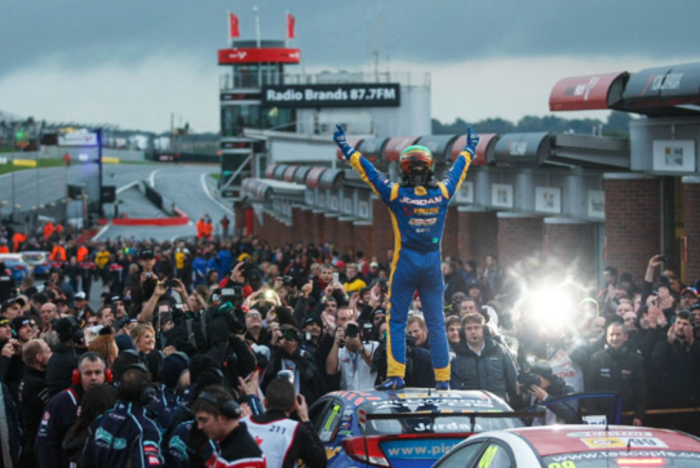 After 2009 came several hotly-anticipated BTCC series finales but none really lived up to Turkington’s year until last season. Going into the 2013 denouement Andrew Jordan was the points leader, the likeable Midlander whose Dad Mike won a BTCC race at Mondello in 2006 and now runs Andrew’s team. Gordon Shedden and Jason Plato (yep, him again) were still in it and in horrendous conditions at the Kentish circuit, it was never going to be straightforward for Jordan.

Plato took two victories from two whilst Jordan got caught up in midfield mayhem and dramatically posted his first retirement in race two. It was time for a champion’s charge and that’s exactly what he delivered, storming from the back to finish in the points and take his first ever BTCC crown. It was a gloomy, soggy evening full of drama, reminiscent of Plato’s first title in 2001. Like the Japanese Grand Prix of the same year, this event featured a bonkers qualifying session with red flags and extensive delays. Thanks to a tropical storm it was a 2h42m session, the longest qualifying in F1 history. I was watching quali’ on iPlayer and because the BBC show overran it ended with Jake Humphrey explaining how it was doubtful the session would resume and that Jenson Button, championship leader, was looking good. But when I checked the result, the session had resumed after the iPlayer recording stopped and Rubens Barrichello, Jenson’s title rival, was on pole with Jenson down in fourteenth behind the three least experienced drivers on the grid! It was going to be a tough afternoon for the Englishman…

When Sunday came though, Jenson delivered a champion’s drive to take fifth and the title with it, as compatriot Hamilton had done twelve months previously (that race doesn’t make the list by virtue of having been held in November!) Barrichello had the lightest car on the grid and just couldn’t do enough to take the championship down to the wire in the inaugural Abu Dhabi Grand Prix.

The race had it all – two crashes and a pit lane fire on the first lap alone, countless brilliant overtakes from Button and the drivers’ and constructors’ champions crowned. Some day in São Paulo…

Check out the highlights here.