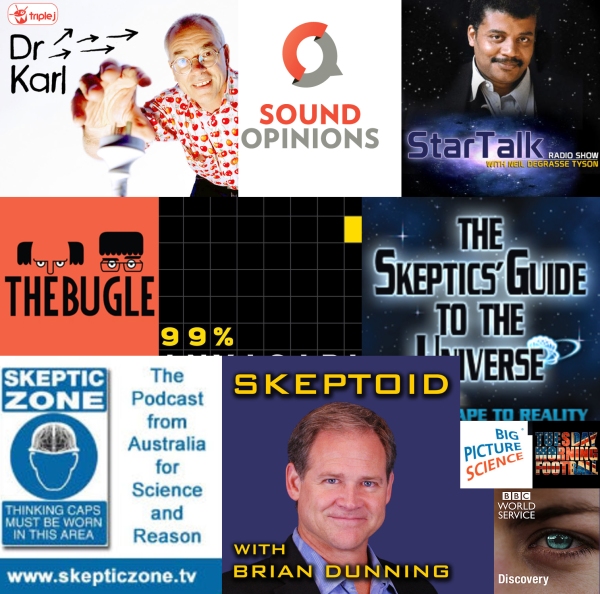 A few months ago I blogged about how listening to podcasts kept me sane during three brutal months of orange picking in the South Australian heat. I noted that even though fruit picking was a tough period for me, without those long days in the fields I would not have discovered the podcasts that changed my life in 2013.

Thanks to the (predominantly skeptical) podcasts that became integrated in my weekly routine and remained so after the orange picking was over, I have become a more rational, critical thinking and knowledgeable individual. Many of these podcasts I was dubious of initially but with time I grew addicted to all of them. Without the mundane days of orange picking where I had nothing better to do, I’m not sure I would have had the patience to stick with them. For that reason I’m grateful I was in a situation where I had time to let the podcasts grow on me and I implore you to make time to do so yourself.

Over the last year and a bit I have listened to thousands of hours of dozens of different podcasts of all kinds. After all this OD-ing on audio, I will now share just eleven of my favourites to recommend as essential listening in 2014.

The Skeptics’ Guide to the Universe

What a show. These guys are the reason I got into podcasts to begin with (see my previous post) and after 14 months of listening and having gone back over seven years of their back catalogue I can confirm that they never fail to deliver. Dr Steven Novella from New England tirelessly produces quality educational skeptical content. In terms of being educational, entertaining and being a great activist for its cause, this is the gold standard of podcasting, not just in skeptical circles but in general. A class act.

Having lived in Australia for nine months last year, this became my favourite Australian podcast. However, with good reason, I have carried on listening since I left Australia and will continue to do so as long as it is around. The Skeptic Zone is quite unique in its format – rather than a round table discussion of the week’s skeptic news like many skeptical pods, this one is mainly based on interviews with skeptics from around Australia and the rest of the world. Richard Saunders travels to America and Europe fairly frequently to obtain interviews and speak at conferences and the podcast benefits massively as a result. Saunders also includes short adverts for other up and coming skeptical podcasts, again demonstrating how he never stops giving back to the skeptical community.You will always learn something from an episode of the Zone and it will always make you laugh, too. Maynard is such a pro and Dr Rachie’s victories over the AVN have been the story of the year; both feel like old friends when you listen to this podcast – a real gem. Oh, and Saunders’ radio play ‘Solar Flare’ was for me the best podcast I heard in 2013 – a witty, fun, hilarious romp with clever references an analogies to the world of skepticism. 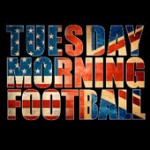 These guys are awesome. Over the past few years I have gradually educated myself more and more about the great sport of American Football, and the best advice I could offer for anyone trying to do the same would be to check this pod out. It’s also great for those who know their NFL stuff, too – Will Gavin, James Dixon and Olly Hunter (to a lesser extent) really know their stuff and provide a UK viewpoint on the NFL’s expansion to three games at Wembley and the chances of a London franchise. Essential listening every week.

A podcast everyone should listen to, quite frankly. Brian Dunning educates the listener on pop culture myths with a brilliant dose of critical thinking. These ten minute gems are clearly very thoroughly researched by Dunning and he has also produced several books based on the podcast series.

The world’s only rock and roll talkshow, I love this show as it reminds me of my old radio show ‘The Album Show‘. A great all-round musical education from these Chicago boys.

Neil deGrasse Tyson is pretty much the rock star of astrophysics. He is the host of the new remake of Carl Sagan’s ‘Cosmos’ series and also hosts this pretty awesome podcast. Highly entertaining and not afraid to self-deprecate, Tyson also provides education and insight for everyone from the casual fan to the experts. As an astrophysics grad, I love this show, but it’s also popular with the more general public thanks to the weekly stand up comedian guests who ask all the questions you would want to know about the universe in terms anyone could understand. Tyson is also the Director of the Hayden Planetarium in NYC. 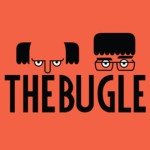 John Oliver (star of The Daily Show With Jon Stewart) and Andy Zaltzman are perhaps one of the best satirical comedy duos of all time. They are also exceptionally intelligent (not that you would think that when you hear their hilarious self-deprecating) and that’s what makes their unique take on the world’s biggest news stories (as well as the odd penis joke) a must-hear.

Roman Mars does a terrific job in what is rightly, if perhaps surprisingly, a highly popular podcast about design and its many intricacies in modern life. Check out his FAQ page for a great list of other podcasts you should be getting your ears around in 2014.

Discovery is a great little show from the BBC about science and occasionally includes ‘Life Scientific’, a sort of ‘This Is Your Life’ for scientists which is great for anyone interested in a science career. They also did a great two parter on SARS last August which was fascinating for me as I was travelling Vietnam at the time, where the outbreak first began in 2003. 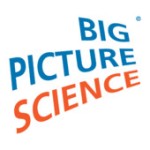 This podcast is produced by the SETI institute in California. Seth Shostak and Molly Bentley are fantastic as hosts who take on a big topic each week and discuss it in depth, interviewing many key researchers in the field. Their approach to critical thinking and education should be applauded – this is a great listen, week in, week out.

Dr Karl is the dude. His phone-in science show on Triple J in Australia is one of the best radio shows in the world and this podcast is of that show. His knowledge, experience and way of explaining things clearly to a wide audience without being too patronising or esoteric is a gift and this show is guaranteed to make you laugh out loud every week too, a great combo.

And finally, check out youarelistening.to – a curiously addictive site that creates a unique audio experience for each user. You choose from a  list of American cities and it pulls up a cityscape image of your choice and plays the live stream of the emergency services broadcast radio communications for that city. In the background it plays a random ambient track from Soundcloud and the layers result in a dreamy audio wonderland. It’s great to have on in the background whilst you are doing something as the emergency servcies communications are infrequent and short, allowing you to get sucked in to the tranquil ambient soundscape. A true masterpiece that may sound silly at first but will soon have you hooked.