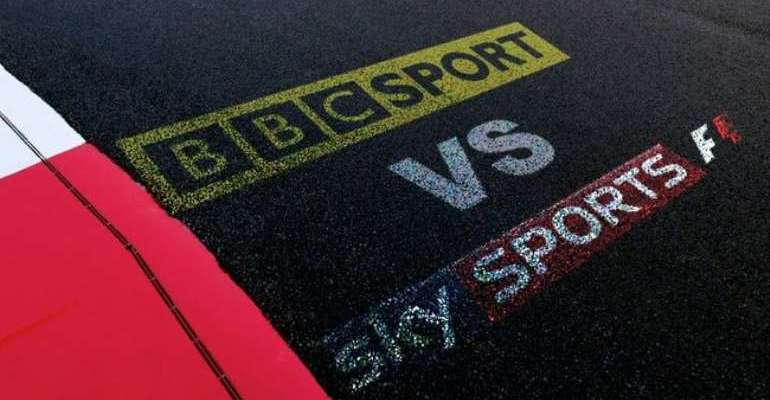 So, as predicted on this blog a few weeks ago, Jake Humphrey has now revealed via Twitter that the BBC will follow ITV’s pattern of changing their opening idents every three years by using a new title sequence for 2012. Humphrey enigmatically explained that the BBC has “done what people wanted”. So does this mean that instead of Playstation-esque graphics we will have actual footage played during Fleetwood Mac’s The Chain? To be honest, I think most viewers simply want the Chain playing with something reasonable and relevant on the screen at the same time, although it will be exciting to see exactly what that is. And what will Sky choose to begin their Grand Prix coverage programmes with? Surely they cannot use the Chain too and so will be forced to follow in the footsteps of ITV and be more creative, but more on that later. Here is the 2009-2011 intro VT the BBC used for those who need a reminder:

ITV always had the hardest job of replacing the Chain with a new electronic-y theme every three years, but on the whole they did quite a good job of it.

From 1997 through to 1999, we had some quite exciting Texaco ad bumpers combined with this introduction:

It is immediately very arty and dark – like the BBC when they first regained the rights to broadcast Formula One in the United Kingdom in 2009, ITV have chosen not to use any actual race footage. This way the intro does not have to be updated every once in a while, although the risk with this technique is that it can still look dated if the aerodynamic rules have a haul over and the shape of your typical Formula One car drastically changes. The pace of development in Fromula One from both a technical and sporting point of view is such that any sequence will seem out of date after three years.

The trouble with this intro is that it builds up so well but never really manages to go anywhere. This video is all about the unknown and the audio, which is slick, well produced and contemporary. After 18 seconds it feels exciting but then those five notes are just repeated and the car keeps coming at the camera until the ITV F1 logo appears. Catchy as the riff is, this was definitely not ITV’s finest effort.

Perhaps their finest effort was the 2000-2002 edition of the ITV F1 opening titles, with the unusual but brilliant choice of Apollo 440’s Blackbeat as the soundtrack:

This is as dynamic as it is well structured, building and building and utilises the red lights and almost unbelievable energy and movement all so synonymous with the sport. Every piece of footage of a driver punching the air or Alex Wurz rolling in Canada 1998 is perfectly timed with the attention grabbing rhythm of the soundtrack; an excellent piece.

This was followed up in 2003-2005 by a strange re-working of The Who, a very blue theme and some nice showy-off effects taken straight from some computer aided car design software:

This was quite popular mostly thanks again to the way in which the visuals were meticulously timed to match the electronic bleeps and striking guitar chords of the audio.

For 2006, ITV revamped yet again and this was to be their last attempt at a Formula One intro sequence, in conjunction with North One productions. The new theme’s desert feel may owe something to the fact that the 2006 season began in Bahrain (one of only two seasons to do so ever along with 2010, although the 2011 season was scheduled to begin in Sakhir before what would have been the eighth edition of the race was famously cancelled). There is also a Monaco casino feel to it, making for an odd combination of roulette wheels, what looks like a Malyasian circus man in makeup and desert snakes. Presumably ITV wanted to encapsulate all the elements of a truly global championship. And yet this one soon became iconic, particularly as the Lewis Hamilton age swept the country at the start of the 2007 season. It is hard to tell what the ending F1 logo erupting as the car (released from the giant helmet) hits it is supposed to be, but it works very well. The success of this piece is once again though down entirely to the choice of music, in this case Moby’s Lift Me Up. Each time ITV have chosen an unlikely and less well known piece of music and each time it has worked, at least in an audio sense. Take note, Sky: now is not the time to stick Adele on over Jenson Button playing spoons, nor is it time to spend a fortune on a well produced intro of newspaper rustling and a Formula One car screaming down a railway track whilst music comprising entirely of bleeps and white noise confuses the viewer before the programme has begun. Keep it simple, but make it better than Jimmy Youtube could come up with on his F1 intro video maker app.

Oh, and another thing, Sky. Make your montages awesome too. Ever since ITV used The Cardigans’ My Favourite Game for their best of 1998 sequence at the end of the season, I have secretly wanted to produce such videos for a living – as a small boy it encapsulated my excitement in the sport and well thought out montages continue to do so today. The BBC did a nice one in 2010 using Alistair Griffin’s Just Drive (it was certainly better than their Florence and the Machine You Got The Love 2009 effort):

ITV’s final montage featured all the teams and drivers miming to My Chemical Romance’s Welcome To The Black Parade – a nice touch, showing ITV’s relationship with all the teams – but it was their 2007 outro that summed up the mood perfectly after Lewis Hamilton had the championship slip away from him at the last round, using Amerie’s “Gotta Work”. Check out how the engine revving is perfectly timed to the start of the vocals at the beginning:

My favourite though has to be the BBC’s use of Kasabian at the end of the 2011 season, actually playing in front of a giant screen showing the highlights of the year – genius. The beginning is fantastic as Martin Brundle’s commentary echoes around a warehouse, which is rather poignant now he is moving to Sky. The static noise between footage and the band tuning up is brilliantly produced before the most emotional song from what was perhaps the best album of last year kicks in. Sky’s job is now to match the likes of this to show us just how devoted they are to this sport. Let the battle commence.

One thought on “A New Look For BBC F1”