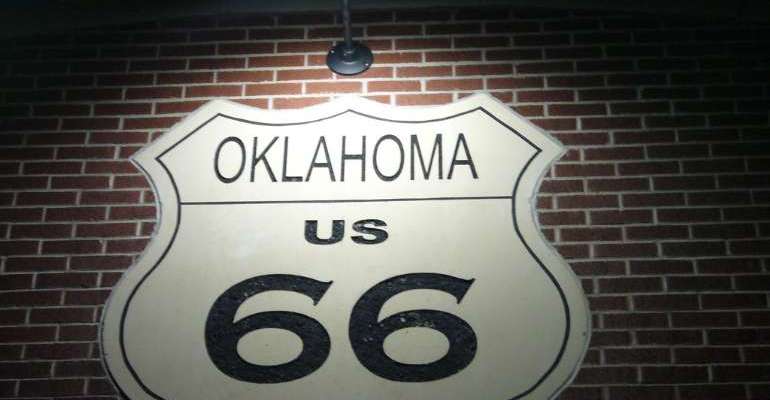 There’s something very different about driving in America.

Apart from the fact that the cars are nearly all automatic, on the whole have very little personality and they drive on the right, there’s a much greater sense of freedom in the States.

Maybe it’s because back in the United Kingdom we are just too overcrowded. Maybe it’s because once you get outside the big American cities the roads just seem to stretch on forever. Or maybe it’s just that everything is plain bigger the other side of the pond. Even so, however bad your vehicle may be, driving in America just seems, well, more fun.

The Video Below Gives You a Taste of The Action – Driving the Route 66, from Chicago to LA:

The first time I drove stateside I was petrified – I thought it would be like taking my driving test all over again. How wrong I was. Kids in America start driving at 15, which seems crazy to me, but then again driving is a lot easier here. Automatics are essentially go karts – yes, you can arguably drive better by listening to the revs and applying the throttle (“gas”) accordingly but essentially it’s just pedal to the metal and go.

Having said driving is easy in the USA though, I am not without my hairy moments. Firstly there is the ridiculous situation when two or more cars arrive at a crossroads without traffic lights at the same time. The rule is that the first one there has priority but if it is a close call, no one really knows what the law is. The most common understanding amongst Americans I have spoken to is that it is the driver who is most assertive and committed to crossing the junction but it is alarming how close a call that can be. Perhaps it is just one of those things we Brits will never understand fully…

My scariest moment though came when I was driving shortly after sunset last summer in a van roughly equivalent to one of our minibuses. Without any warning whatsoever a deer leapt out in front of the van leaving me barely any time to brake and certainly no time to swerve. Contact was inevitable and the poor deer went flying across the other side of the road into the ditch on the other side. It was a fairly sizeable creature and the impact was terrifying; had I not had a second or so to brake heavily I perish the thought of whether it could have come through the windscreen.

The Video Below Gives You an Idea Of What Happened:

The van was okay and after a collective deep breath we continued on our way with me driving a bit slower and with everyone keenly looking out for further deer. Unbelievably, merely minutes later another jumped out in an almost identical manner albeit slower, giving me time to safely swerve a little and avoid hitting a second Bambi. Cue more sharp intakes of breath from the dozen or so of my passengers and several jokes about deer being like buses…

The cars in America are generally pretty lackluster to look at. You can imagine that most of the modern cars have bodywork that could be interchanged with that of another car easily; none of the cars look unique or charismatic at all. They are bigger though – the average teenager in the US has a car twice the size of a British seventeen year old. And, crucially, their license plates make our number plates look incredibly dull. Each state has at least one design and they are not obliged to have license plates on the front of their cars in most states. I guess their lack of speed cameras (you get caught only when a “cop” pulls you over) means less need for clear, consistent and distinctly written license plates.

Right now I’m in Michigan and it’s sunny and beautiful. What you do notice from driving round, however, is that this place gets some serious snowfall come winter. All the bridges have permanent signs warning that the “bridge may be icy” and postboxes, sorry mailboxes, have six foot high antenna rods so the mailman knows where the box is when it is completely snowed over. Personally I would just leave the mail as it is probably soggy and covered in snow by that point to sufficiently warrant not bothering to read it.

Everything is generally cheaper over here, too. Renting a car in Detroit and driving to LA to drop it off is only around $2000, which is nothing really between a group of four mates. That’s my current plan for August and September that should lead to many an interesting blog in the future.

Fuel or “gas” is also cheaper (a guy the other day had to stop me mid-conversation to ask what I meant by petrol). Americans complain a lot about the price of petroleum but we worked it out recently to be about half of what we are currently paying in the United Kingdom. Motorists in the UK have good reason to complain it seems.

Not only is driving in America arguably more fun and without doubt cheaper than in the UK, it’s also really easy to do. If you are heading stateside and are over 21, simply pop into a post office and purchase an International Driving Permit (a list of the bigger ones which supply are on the Post Office website). An International Driving Permit is only £5.50 and you just need to bring your driving license, passport and an up to date photograph with you. The document itself has not been redesigned since 1945 and hence looks distinctly like a ration book from the war. It is unlikely you will ever need to show it unless you are pulled over by a cop but for peace of mind you should definitely invest as that way you are legally allowed to drive almost any vehicle in America for a year. It really is great value for money as driving in America is something I believe everyone should try once. Ideally it would be incredible to import a great European sportscar but to be honest almost anything is fun to drive in the States, outside the major crowded cities at least. You don’t even have to miss your favourite radio station from back home either as for just $100 or so you can buy a Sirius XM radio which plays UK radio stations with a five hour delay so you hear the breakfast show when it is your breakfast time and so on. All in all, driving is generally just more fun out here, just so long as you don’t hit a deer…

One thought on “Driving In America”